Last week I strolled along the displays in the supermarket and saw an advertisement on the Philadelphia Cream Cheese packets: They were looking for the next cake-star and one could bake a cake (obviously it should contain Philadelphia) and upload the picture and recipe online to make a chance to win!

So if you like this cake please be so sweet and vote for it 😀 Give me your heart ♥ Thanks!

I was really excited because I was immediately thinking Cheesecake 😀  But no ordinary cheesecake, I wanted something simple but at the same time exciting and new! Quickly I was thinking about a layered cheesecake with different colors and preferably different taste to make it even more special. After some consideration I decided to bake a Tiramisu inspired Cheesecake. Actually the brown and vanilla colored layers reminds me of Tiramisu with its layers of mascarpone cheese and coffee soaked ladyfingers 😉 This cake also has a ladyfinger  biscuit base soaked with coffee liqueur covered with a coffee or vanilla induced cheesecake layer topped with dark cacao.

It is really simple to make although it will take some time as the layers turn out best when cooled for about half an hour. Nevertheless the cake doesn’t need too much work as the base and filling are prepared easily and very quick, it is only the cooling and cooking part that will take some patients 😉

For the biscuit base: 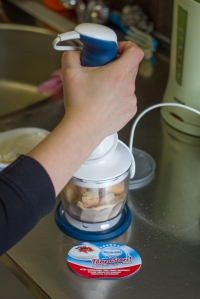 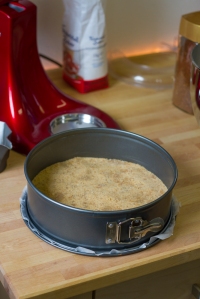 For the cheesecake layers: 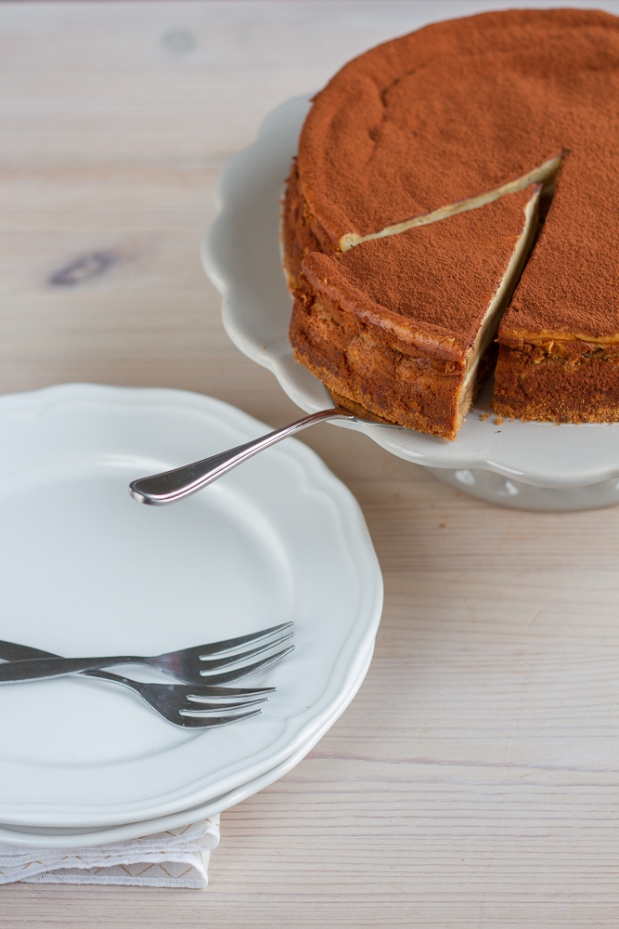 For the biscuit base

For the coffee cream cheese layer:

For the vanilla cream cheese layer: